The last two weeks have held so much. Everything that I can think of has one factor in all of it… God. His faithfulness and provision, his goodness and love, his timing and guiding, and so much more. He has shown us and taught us that He can be trusted in no matter what we face. There isn’t anything in this world that he cannot see or that comes as a surprise to Him. No matter where we are in this world, He is there with us.

Overview- First off I want to start this with the fact that many of the orphanage kids and some staff have been getting abscess. They have been able to “pop” them to release the puss and then put them on antibiotics and they are fine. Must be that Haitian immune system.

Sunday, October 22, Anna was sweeping and felt a pain in her right pinky finger where it meets the palm. It started to swell and by Wednesday she couldn’t write on the chalkboard very well as she taught school. That night it hurt so bad she couldn’t sleep well. So I taught school the next morning as she soaked it. Friday and Saturday went to a Haitian Dr office and an American doctor was able to get some puss out. Kept getting worse and flew out Saturday evening for Miami. They were able to do surgery Sunday morning and said that it was an infection called MRSA, that was resistant to certain antibiotics. The surgery went well and they released us Tuesday the 31st. We flew to Chicago Wednesday and did a follow up appointment the 6th with a hand surgeon here. He said its looking great and her range of motion is amazing! Praise the Lord! Will go into these details more but thats a quick overview 🙂

When Anna’s hand started to feel more and more pain we had questions. A doctor that I had known from some high school missions trips messaged me at the exact time we were needing answers and help from professionals. He replied almost instantly whenever we had questions and would look at pictures and give advice. He said to write even in the middle of night if we had questions! What a God send he was. Thank you, Dr. Jay!
We went to a Haitian doctors office Friday and there was an American doctor there! She comes once a year for a week and was going to be there for 2 more days. She was able to get some puss out and provide some relief both Friday and Saturday. I think she kept the infection from spreading deeper into Anna’s hand (lots of doctors were worried the infection had entered the joint or tendons, but it hadn’t!) What a God thing that she was there!

Saturday we went back to the American doctor and she found the pain killer shot! We were praising God for that, because Friday when she cut and pushed on Anna’s hand to try and get the puss out it hurt so bad Anna about passed out! Saturday we were concerned on our flight out to Miami that the pain would be so bad that it would be a miserable flight. But because she found the pain killer shot and got 2 teaspoons of puss out, Anna didnt have much pain till we landed in Miami! What another amazing “God thing”.

When I booked the flights out of Haiti I was able to book the flight with the air miles that we have earned from flying to Haiti and it cut the cost in half!

Thursday Bonnie started Anna on an antibiotic called Bactrum and the doctors in Miami said that was the best thing we did. Not sure how much worse it would have been if we hadn’t, but we are so thankful for Bonnie and Ray and the wisdom they had!

Some good friends of ours hadn’t been on facebook or heard of anything going on, but felt God leading them to give us a financial gift. The timing was right after I booked our flights and covered almost the whole cost! Thanks guys!! 🙂

When we landed in Miami, we didn’t know what ER to go to. There were so many. God led us to Jackson Memorial and everyone there that helped us was so nice. One lady at the check in got us priority and knew how serious it was. Because of her we were able to get the surgery so soon!

The night we got to Miami there was a tropical storm going through. Lots of wind and rain I guess. We didn’t know it because we were inside but even that was a God thing. Let me tell you why. The surgeon said that most of the time they would have emergency surgeries first thing in the morning for shootings and stabbing and such. Because of the storm, the fighters stayed in. So we were able to get the first surgery of the day time slot. That was nice because Anna was nervous (obviously) and it didn’t give us much time to think. They just rushed her right down there and did it. What a crazy God thing!

There was a bench that folded into a bed right next to Anna’s hospital bed for me. That was so nice to get good sleep after quite a few nights of not much sleep.

The surgeon who operated on her was a very nice guy. They said he was one of the best hand surgeons in the area. Who ‘just happened’ to be on the schedule for Sunday morning. We told him we would like to go back to Chicago to recover and he knew another good hand surgeon/friend here. We saw him yesterday for a follow up appointment and he was such a neat guy!

-Side note- Anna is still on her parents health insurance plan. We were concerned because it is a local network plan for the Chicago area. We are waiting on the hospital paperwork, and praying it is covered. So far, some stuff has been!

Anyways, when the surgeon in Miami told us of this hand surgeon here in Chicago, we weren’t sure if the insurance would cover him. Anna’s mom looked it up and he was! Another amazing “God thing”!

The doctors in Miami had been concerned about Anna’s range of motion at first, and thought we might need to see a P.T here in Chicago. But yesterday the Chicago doctor saw Anna’s hand and was so happy with its range of motion! We don’t need any physical therapy appointments or anything!

W﻿e got released from hospital Tusday and got an Uber taxi. We had never used this new technology but was kinda cool! When we walked out of the hospital, the taxi was waiting right there for us! We didnt even have to wait!

Eugene (the director for Grace Mission) paid for our hotel room that night before flying back Wednesday. Thank you! Amazing how God provides. It was so nice to be out of hospital and have a nice room in a hotel. We slept like 12 hours!
Another amazing provision is when looking at flights from Miami to Chicago, I found some for $34 per person on American Airlines! I’ve never seen that before!

One of the biggest things God has done is draw Anna and I closer knit together. We know each other so much better know than before. It has been neat to be able to be there for her and try and show her Christ like love even when she can’t pay it back (or couldn’t at the time). It was fun feeding her the first day after surgery, as it is something she just really doesnt like 😉
Lastly the thing that is so neat to see is the body of Christ all coming together and so many offering support if we need it. It is just so neat to be a part of this Body of Christ that works so well together when we all are doing what God is calling us to. We can really trust God with everything- with our possessions, provision, our loved ones, and our life.

Our plans now have obviously changed 🙂 Until this happened, we were planning on being in Haiti until December 12th. The doctors told us to stay in the States for 3 weeks, but by then, we would be 3 weeks away from flying back out. We prayed about it, and felt like we should stay in the States until January and let Anna’s hand heal good. We plan to return early January, and I am studying for my aviation commercial written test in the meantime. We aren’t sure exactly what God has with all the time out, but He’s been so good and sovereign that we know He has a purpose.

Thank you for all of those who have prayer earnestly for us, it has been greatly felt and appreciated. We hope to earnestly pray for each of you when you ask, the way you have for us. Thank you.

Stephen
Here’s some pictures of Anna’s hand, before the surgery and how it looks now a week after surgery. The in-between’s are kinda gory, but message me if you want them 🙂

Anna’s hand in Haiti when the problem first started.

Anna’s hand int he ER when we gotto Miami.

How it looks now! So much better! 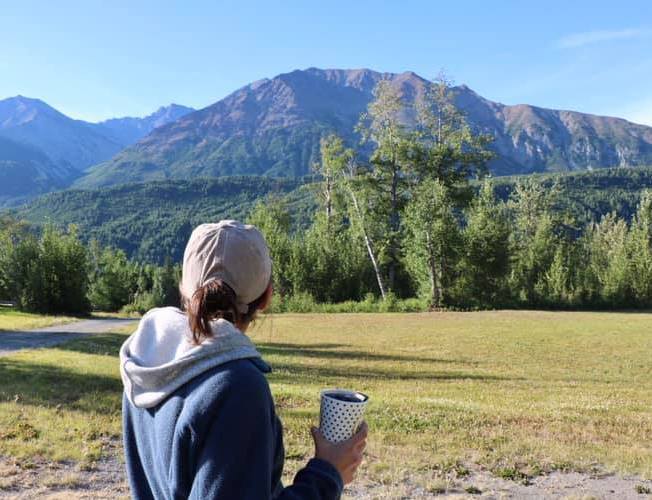